A fantastic use of some of the most common expressions and vocabulary that native English speakers use! 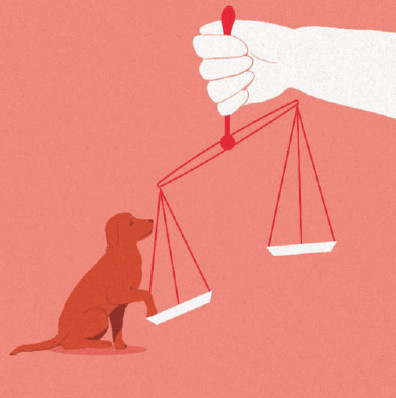 Some people believe that rights of animals should be protected.

Discuss this view and give your own opinion..

Before you proceed to the sample answer below, here are some tips for vocabulary.

In IELTS band 9 vocabulary does not mean using big or rare words. It is about using the words flexibly and words that suit the given context. Some really good expressions using simple words can easily help you reach Band 9. However, there is something important that you need to remember - whenever you use these words and expressions, you must use them correctly.

The following passage highlights the use of such words and expressions and gives you sample sentences that help you understand their use better.

This year marks the 150th anniversary of Charles Darwin’s The Expression of the Emotions in Man and Animals, the third of his major works on evolutionary theory. One of his chief assertions was that dogs, like many other animals, express emotions, including fear and anger, in a way recognisable to humans. In other words, they feel things like we do.

You would be forgiven for thinking that Darwin’s argument would have enhanced the welfare of dogs, but change has been slow.In society at the time, the fate animals improved only marginally, and in science, they continued to be used in experiments, during the production of the rabies vaccine, and other lifesaving medical interventions.

Today, many people find it abhorrent that animals could have been treated in such a way. Yet 150 years after Darwin’s book, there is a lot more to do. Science is making great strides in unravelling the emotional complexity of animals, but improvement to animal welfare legislation continues to move forward with tottering baby steps.

It was only recently that the UK government saw fit to pass an act, which says some animals should be considered sentient beings, but legislation on the subject was quietly dropped later. We do not yet know specifically how it will function and whether it will operate in a transparent manner.

This is a shame, because if modern science has shown us one thing, it is that animals deserve better. Governments should be looking at this swathe of scientific evidence and doubling their efforts to limit the suffering of animals, whether that is through stronger import laws to cut off the supply of animal-farms, or curbs on the inbreeding of animals which results in animals with heart defects, skin diseases, and other abnormalities.

Small statements from the government are worth something, but animal emotion demands a grander response. Fewer baby -steps; more confident strides. 150 years is a long time in science. In dog years, the wait must feel endless.

If you have any questions, post them as comments in our Telegram channel